Why the Electoral College? Existing Schools Not Good Enough? 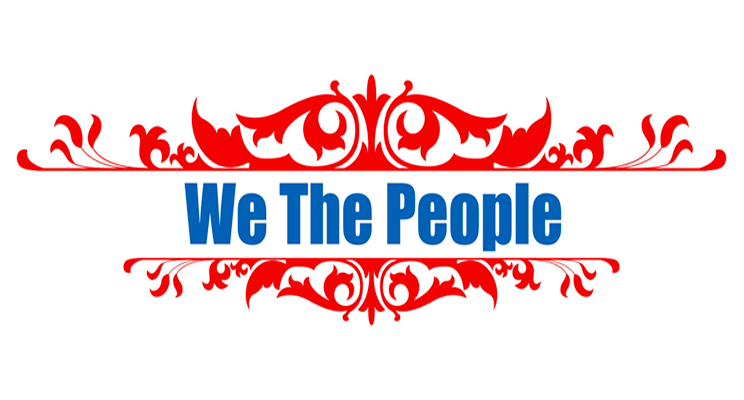 Why the Electoral College? Are existing Schools Not Good Enough?

In reality, it was the Framers of the Constitution who came up with the Electoral College, not the Founding Fathers. The primary difference is that the Founding Fathers wrote the Declaration of Independence, and the Framers wrote the Constitution. While the first set of Framers were the Founders also and wrote the Articles of Confederation, the second set of Framers ( the party of the second part) wrote the actual Constitution once they discovered that the Articles would not be sufficient actually to govern the country. But the Framers just couldn’t bring themselves to allow ordinary people to vote for President directly. After the 2016 Presidential election, how many people are asking, “how’s that Electoral College thing workin’ out for ya?”

While the President was the only position to be elected by the entire country, there was resistance to allowing the decision to be made by the uneducated, common folk. After all, who knows what kind of lying, undisciplined, narcissistic, unskilled, nepotistic, snake oil con men, and traitorous leaders they would elect?

So, the Electoral College was a mechanism whereby the people elected Electors from their state (“notable” leaders) who would do the voting for the President. Because the House of Representatives favored the larger states (more representatives), they made a legislative compromise to allow the smaller states to maintain equal status with the larger ones by electing 2 Senators from each state.

This same mechanism was used to determine the number of members of the Electoral College: the number of House members plus the number of Senators. They would meet in their respective states on the first Monday after the second Wednesday in December (who thinks of this stuff?) and simultaneously vote for the President and Vice President. At one point, the winner became President, and the runner-up became Vice President. That sounds fair, now doesn’t it? (Picture how that system would work in any of the elections you can remember in your lifetime. Trump-Clinton? Ewww.)

The Electoral College was a last-minute compromise

Not only did the Framers NOT consider women or Blacks as voters, but they didn’t want the Common People to vote for the Chief Executive of our young country. Some of the early qualifications for voting were property-owners or taxpayers because exactly who voted was left to the states to decide.

George Mason of Virginia argued that ‘it would be as unnatural to refer the choice of a proper character for chief Magistrate to the people, as it would, to refer a trial of colours to a blind man. The extent of the Country renders it impossible that the people can have the requisite capacity to judge of the respec­tive pretensions of the Candidates.’

And following the times, even the Declaration of Independence refers only to men — not women, not Blacks — but men, men, always to men.

“We hold these truths to be self-evident, that all men are created equal, that they are endowed by their Creator with certain unalienable Rights, that among these are Life, Liberty and the pursuit of Happiness.”

Not surprisingly, some of the Framers of the Constitution had also been Founding Fathers signing the Declaration some 20 years earlier. Now they were trying to frame the Constitution, and they once again deferred to the States and allowed them to ignore women and Blacks if they chose to do so. (Another little-known reason for this is that the college couldn’t agree on a mascot, making who could vote as tricky as deciding on a mascot.)

This led to a continuing evolution of voting rules into and throughout the nineteenth century. In some states, free Blacks could vote, but not all states. The electoral process went through periods where only property owners could vote, and then only taxpayers. As the process evolved more toward white men only (regardless of whether they were property owners or taxpayers), women who owned property in New Jersey even lost the vote that they once enjoyed. (Rumor has it that this was the result of a brawl involving a member of the Soprano family of Nutley, New Jersey before migrating back to Sicily, only to return to the USA in the late 1800s.)

— for an informed electorate before allowing them to vote. Not enough voters care about issues to become knowledgeable enough to vote.

Man-in-the-street interviews seen on late night comedy TV demonstrate all too clearly that geography, current events, government, politics, legal issues and the like seem far beyond the capacity of modern US citizens to grasp or even care about.

However, naturalized citizens, who have given up their past lives to come here and work hard for the opportunity to grow and succeed, have to take a test to prove their understanding of our history and how our government works. Can you pass this test? I can. (98% correct.)

It’s time for the EC to go and time for people who care about choices their leaders make to get informed and get out the vote! Time to know and care at least as much as the legal immigrants our leaders rail about in terms of how our country is run.