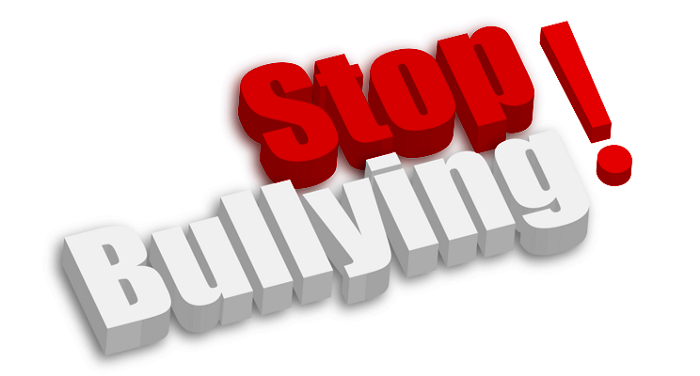 If you’re reading this, you may have never known a time without social media. Or a time without bullies. For the rest of us, we’ve probably known at least one bully at some point in our life.

To be clear, Merriam-Webster, an online dictionary, defines a bully this way:

It used to be that a bully could just get in your face or call you on the phone or leave you notes in your mailbox or your school locker. Proximity was vital for the bully, so you could try to arrange not to get too close. Not anymore.

With the advent of the internet for almost anyone in the world and social media, anonymity is virtually guaranteed. The distance separating people also practically guarantees that it’s easier to be a bully without consequences.

Cable news shows, with their 24-hour news cycle to fill with content, often fill it with guest “panels” struggling to make their point, usually by making the loudest point. Cable news becomes an example for the rest of us.

So the fact that anyone can be a bully, especially on social media, leads me to offer an example if you need any.

You’ll notice that it starts somewhat reasonably but watch what happens when I, a definite outsider, post a link to something they don’t like. The thread speaks for itself, but I pointed out some things to be sure they were clear.

Unfortunately, I got a little caught up in the fray in a couple of places, but the defensive instinct kicks in, and you realize that whatever you write, none of these people knows where you are, and there’s nothing they can do about whatever you say.

And That’s How Easy It Is to Become a Bully on Social Media.

One way to raise yourself is to put other people down. And if those people are seen as inferior already, always surrounding yourself with people like them, always makes you the biggest fish in a small pond. Don’t ever leave the pond, though. Reality can be daunting.

But this is America. We should be having an exchange of ideas, where the best ones are appreciated. In the acting profession or any other, working with the most talented people encourages a competition that makes the quality of the entire enterprise even better.

Another type of bully is the anonymous one. This one has all the traits of the first, but they’re afraid to be discovered because that’s just it — they’re afraid.

Maybe they’re afraid they’re wrong. Or if people know who they are, they could be punished. Note the extremists who lost their jobs and homes when we discovered who they were. Or maybe they’ve always found it easier to strike and run away before the going gets tough.

We’ve Always Been Told to Stand Up to Bullies.

I’m suggesting a corollary to that advice. Let’s not become them. If we do, we become a world of cowardly bullies, and we already have too many.

Think about it. I’m sure you’ll be able to come up with the names of some well-known bullies even if you’re not on Facebook, or Snapchat, or Twitter.