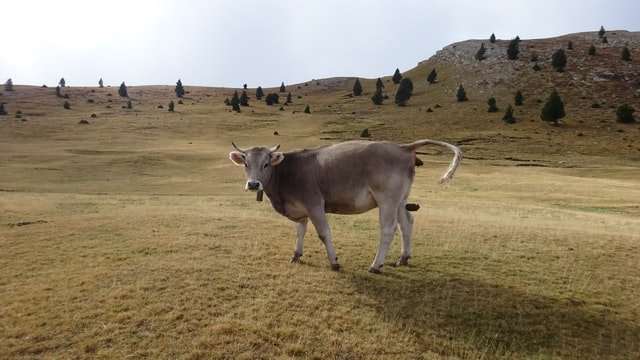 I like facts. In fact, I love my facts real and raw, no seasoning to make them more palatable, no additions or subtractions to change the context because a fact is a fact, is a fact, but an alternative fact is simply a lie. For example, did you ever see or hear this quote: “… money is the root of all evil”? Of course, but if the preceding three dots (the ellipses) were replaced by the missing text, “ For the love of money is the root of all evil” (King James Bible) and gives us some context, it’s different, isn’t it? Money isn’t the problem. LOVE of money is the problem. You could even say that it was spun to meet a particular interpretation.

But we’re getting used to that, aren’t we? A definition of a “landslide” electoral college victory, according to PolitiFact.com, could be, “If your share of the electoral vote ranks behind Martin Van Buren’s, then you did not win in a landslide” and “Trump’s percentage doesn’t rank near the top. It actually ranks near the bottom, belonging somewhere between the lowest one-fourth and the lowest one-fifth of all Electoral College victories in history”.

So now Trump and Fox and Friends say they have a mandate to execute the will of the people.

In fact, if the three swing states of Michigan, Wisconsin, and Pennsylvania had gone the other way, Clinton would be President today. Think about it: if only 77,747 more people had voted for Clinton in those three states alone, this national nightmare would never have happened. And of the 136,629,046 people who cast votes overall, that is only 5.7 percent of one percent. Stated more simply, of every 10,000 people in Michigan, Wisconsin, and Pennsylvania, if only 57 had switched from Trump to Clinton, the Electoral College would have gone to Clinton.

As it stands, I’m pretty sure the current outcome is neither a landslide nor a mandate.

Another reason the will of the people isn’t being heard is gerrymandering. Every ten years, after the census, state legislatures redraw their congressional districts. The party in power, however, always gets to redraw them to the disadvantage of the other party. Both parties do it, but the Republicans are absolute masters at it.

In 2012, Democratic House candidates won 1.7 million more votes than Republicans, but Republicans wound up with a 33-seat advantage-a clear result of gerrymandering.”

”The real challenge to democracy is that we live in a closely divided country controlled at nearly all levels by Republicans. In our 50/50 nation, Republicans control 69 of 99 legislative chambers, including veto-proof supermajorities in some states where they get fewer total votes.

Americans Think Trump Will Be Worst President Since Nixon

The link above is a recent and telling poll from Public Policy Polling with lots of information, but the facts I probably find most interesting are these: (emphasis added by me)

Voters split evenly in their appraisals of his job performance with 44% approving and 44% disapproving of him. These are historically awful numbers for a newly elected President . When it comes to Trump’s favorability rating, only 44% of voters see him positively to 50% with a negative opinion.

For the most part Americans don’t buy claims about Trump having had the biggest crowds in history at his inauguration last weekend, although there’s still a substantial portion of his base that goes along with him :

Buried slightly in this polling is this fact: If you support Trump, you apparently believe anything he says and none of what you read here. To quote Chico Marx (while impersonating Groucho in Duck Soup),

Who are you going to believe, me or your lying eyes ?

He has tapped into the hate and fear of his supporters who feel deprived of all they think is being taken away from them by the “establishment” and has given them an outlet for their frustration: Muslims, Mexicans, and other “foreigners.” And the “Establishment” has earned every bit of that frustration.

From Chris Cillizza who writes “The Fix,” a politics blog for The Washington Post:

All White Houses leak. Sometimes the leaks are big, sometimes small. But there are always people willing to talk to reporters about the “real” story or about why the chief executive made a mistake in regard to some decision he made.

That said, I’ve never seen so much leaking so quickly — and with such disdain for the president — as I have in the first six days of Donald Trump’s presidency.”

From Eric Levitz at the New Yorker’s Daily Intelligencer:

Under the category of “Ya don’t say?”

According to USNews, John D. Gartner, a practicing psychotherapist who taught psychiatric residents at Johns Hopkins University Medical School, minces as few words as the president in his professional assessment of Trump.

Donald Trump is dangerously mentally ill and temperamentally incapable of being president,” says Gartner, author of “In Search of Bill Clinton: A Psychological Biography.” Trump, Gartner says, has “malignant narcissism,” which is different from narcissistic personality disorder and which is incurable.

The “I” word is even coming up in polite conversation.

The Inevitability Of Impeachment

What Will the Republicans Do?

Really, they need him to sign their bills, but how long can sane, but big-money operators, continue to pretend that they either like, believe, or trust him? Or even think for one second that they can control him?

If you’re reading this and don’t support Trump, you probably know all or most of it because you, my brothers and sisters, are incensed and enraged at the danger our country is in because of this Con man. I’m just trying to communicate that rage, get it out, and do something positive with it.

If he were just a Con man, that would be one thing. But he’s bat-shit crazy, and when his lips move or his fingers tweet, he lies. Big time. He simply can’t help himself.

So here’s my prediction, for what it’s worth (yeah, yeah, not much). As soon as the polls dip precipitously low and show that Trump ain’t coming back (like all those coal jobs), Pence becomes the man. Either that or the Secret Service detail goes on an all-night bender (as they have been known to do). Donny is found in the lake the next morning at Camp David, because he’s an excellent ice skater, ya know, even at 3:00 am with his ice skates on backward and in his pajamas — in July.