When Is the Last Time You Saw an AR-15 Walking Down the Hall? 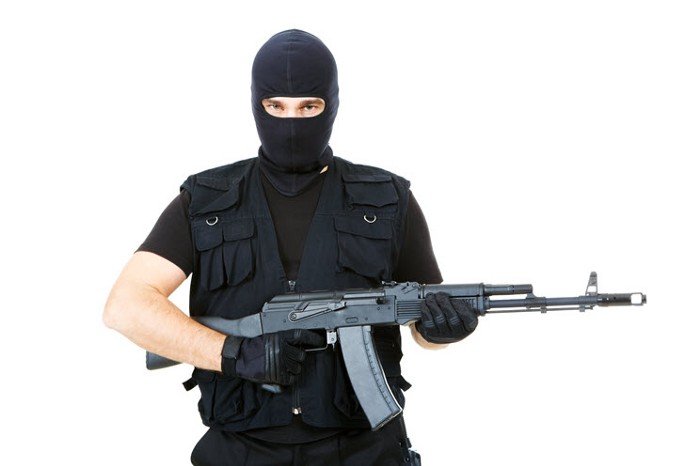 When Is the Last Time You Saw an AR-15 Walking Down the Hall?

Let’s make this simple. There are two parts of this statement and if we removed the word “don’t”, both parts would be correct. But the original statement as offered by Wayne LaPierre of the NRA is not only a misleading lie, it’s designed to abdicate responsibility for the people wielding those guns.

We could also say that it isn’t the gun; it’s the bullet. This becomes the corollary to one of my father’s favorite quotes, “It’s not the fall that kills you; it’s the sudden stop.”

But, let’s get back to the original question.

Guns (AR-15s in particular) don’t walk or slither or crawl. They are inanimate objects designed for one thing and one thing only. They are designed to rapidly and effectively kill anything in front of them. They don’t decide to let something in front of it live or die. If something is in the path of its trajectory, it is going to be maimed or die.

So who decides: life or death?

The Gun or The Holder of the Gun? If you answered anything other than The Holder of the Gun, you are probably not as bright as you think you are. The AR-15 is a tool, something to make a human’s job easier. The mass shooter (school, movie theater, concert, nightclub, etc.) may accomplish their goals without an assault rifle, but it would take longer and he/she stands a much greater chance of being killed or stopped before completing their task. It only makes sense to use a more efficient weapon for that task.

Note that I said in the previous paragraph that I called the weapon an assault rifle. There are many articles on the web dealing with the origins and history of the AR-15, but I think you will find this one of the most complete and unbiased around.

One of the common threads is that the AR does NOT stand for assault rifle. In fact, it is currently (and laughingly sold as a “Sporting Rifle”). While it was originally designed for the military, it was designed by a company called ArmaLite (hence, the Armalite Rifle), who then sold the designs to Colt Firearms. Due to a variety of conflicts, the AR-15 model was sold first to civilians before the decision was made by the Army to buy it and rename it the M-16.

And by all means, let’s arm everyone so that as good guys, we are the only ones that can stop a bad guy with a gun!

Can you see it now? You’re inside the gas station, along with a dozen other customers looking for goods when the robber pulls a gun on the cashier. Obviously, he has nothing to lose, so when all of your untrained new-found friends pull their weapons as he runs and fires at the first person available, the circular firing squad opens up. He may not be the first to die, but I’m pretty sure he won’t be the last.

An AR-15 was designed for War and killing people.

Sporting Rifle? What sport? Bullshit. Ban it. Ban it now. And follow the lead of other countries who have grown tired of watching mass murders, so they’ve made obtaining these weapons extremely difficult to get.

Finally, are we really arguing about:

Call your federal lawmakers and make sure they hear how fired up you are! End the Insanity!