Trump is a Pathological Liar, But You Knew That!

If you didn’t know that Trump is a pathological liar, welcome back to planet Earth. You’ve missed a great deal. But rather than start at the beginning (because I’m not sure when you left), let’s pick it up from three years ago (June of 2015), just for shock value. I realize that this is in no way news to many, many people the world over, but I address this to you, planetary traveler, on your sudden return. I also hope that some Trump voters may be reading this. They need all the Truth they can get.

Donald Trump, a failed real estate developer from New York City and Atlantic City, NJ, had moved into reality television with a show called, “The Apprentice”. The premise was that certain people would become contestants on the show in an effort to land the big prize, an opportunity to apprentice for “The Donald” and somehow learn something. Each week a contestant would find themselves in a Boardroom and be subjected to his famous catch line, “You’re fired”. While this gave him exposure and name recognition for his foray into politics, it certainly wasn’t the No. 1 show on television, as he was prone to brag (lie) about.

That being said, he declared his candidacy for the presidency of the United States in June of 2015 with a huge entrance down an escalator in his grandiose Trump Tower in NYC with paid actors cheering him on. We all laughed, especially those of us living in the New York metro area when he was starting his career. We knew him as a con man and a loudmouthed womanizer. Apparently, not all of us laughed. He later became the Republican nominee (and yes, if you remember anything about him from his life in the 1970s, ’80s, and ’90s, he was then a Democrat).

Then Trump Defeated Hillary Clinton in the 2016 Election.

How you might ask, did such a person manage this trick? Did you read the subject of this article?

In this country, you may recall the Electoral College, an antiquated process designed to give smaller states equal representation in elections. While Trump lost the popular vote by almost 3,000,000 people, he won the EC. Once you’ve acclimated to your time back on the planet under Trump, let me know how that process is working out for you.

Trump portrays (lies) this as a landslide, however, the reality is this: if fewer than 78,000 voters in Michigan, Wisconsin, and Pennsylvania had switched votes, Clinton would be President today.

And Then There’s Russia

Whether you voted for Donnie or just landed from space, that’s the other thing you’ve missed. All 17 agencies of our Intelligence community, have ample evidence that Russia actively interfered in the cyberspace of our national election in order to hamper Hillary Clinton and elect The Trumpster. Donnie says he doesn’t believe it and sucks up to Vladimir Putin every chance he gets. As a result, there is a Special Counsel investigating this and has already produced numerous indictments (mostly Russians) and guilty pleas (mostly Americans). The big question seems to be, what leverage does Putin have on Donnie in order to cause @realDonaldTrump (Donnie) to lie even more about the Russian relationship? Once you’ve caught up on the news, you really won’t believe you’ve landed in the United States.

My goal here is not to point out every single lie he tells. I’ll leave that for media organizations like the Washington Post who have a hard enough time keeping up. To make matters worse, The Man Who Would Be King never misses an opportunity to call the (constitutionally protected) Free Press, “Fake News” and “the enemy of the people”.

Now That You’re Back, Are You Sure You Want to Stay?

We’ve become so wrapped up in the alternate world Trump has created, we tend to forget that millions of people in the U.S. cling to his every word and support him no matter what he does or says. This “Base” has also elected his allies in Congress who also ignore his ravings because he is willing to adopt their political agenda. In fact, at this point in time, 87% of Republicans in the U.S. approve of Trump, 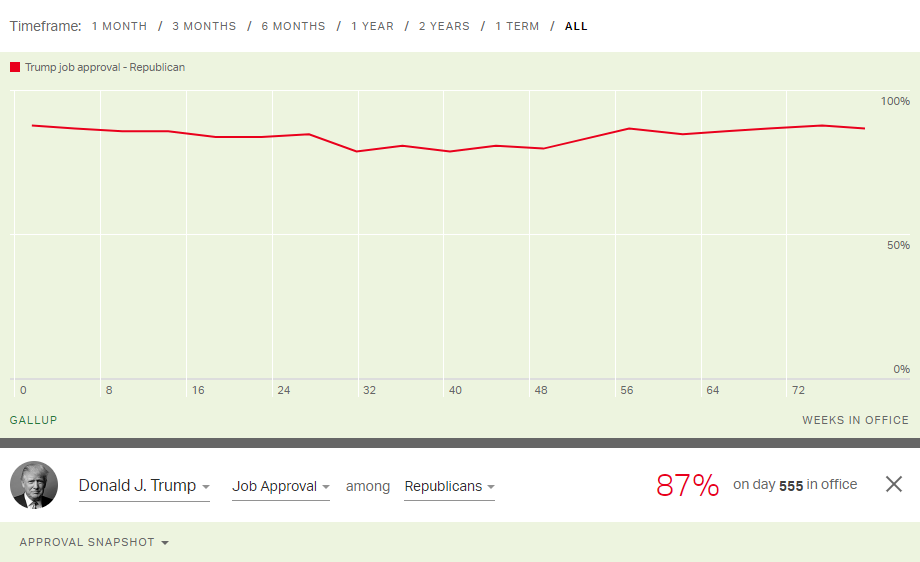 compared to 9% of Democrats. Luckily for us, only 26% of registered voters describe themselves as Republicans as opposed to 33% as Democrats.

The country is so divided, at times it looks almost hopeless that we’ll ever get back to what the Founders saw in our people in the beginning.

Fortunately, I cannot ascribe to that view for long. Being the eternal optimistic realist, I know that Goodwill triumph over Evil. And truly, this idiotic vile thing, this narcissistic bully, so lacking in morality, empathy, compassion, and decency will not stand over people who so generously give of themselves for the good of others less fortunate.

But people of goodwill must unite and take nothing for granted. We must vote, we must organize, we must speak out against those who follow the ideas of this hate-spewing, self-aggrandizing, small-minded, would-be tyrant. Or as described by the conservative Washington Post columnist, George Will, in his July 17 post, This sad, embarrassing wreck of a man.

George is far more generous than I am.