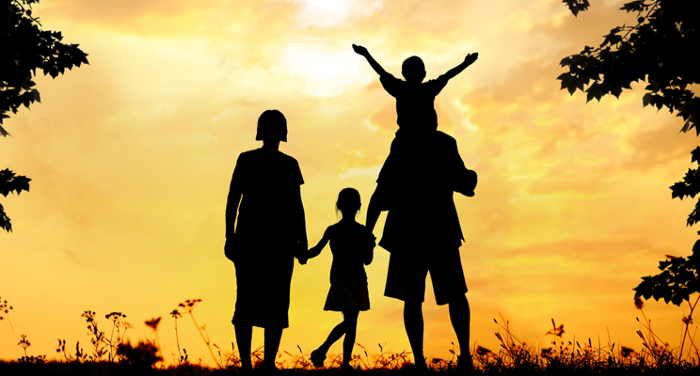 Oh, boy. Tomorrow is Saturday, and that means Daddy and I are going to play the “Alien Monster” game just as soon as he gets off from work at lunchtime!

Mommy always says I’m big for my age, and I think I have just the “trick” to bring him down this time. I’ll need to get Tony and Maria to help me, and they’re just little kids, but I’m pretty sure they’ll do it if I can come up with the right price.

So here’s how it’s going down. Daddy only works a half-day on Saturday, so he’ll be home around 12:30. Maria, she’s only 7, is going to meet him at the front door, all crying and everything. She’s really good at that.

Daddy’s going to be trying to find out what’s wrong, and he’ll be all kinds of sweet to her, but she’ll just cry and pretend like she can’t talk about it.

That’s when Tony and I get in place. (I’m George, by the way.) We’ll set up outside the back door. I’ll be on one side, and Tony will be on the other with the blanket, and we’ll both be hiding in the bushes on either side.

When we’re ready, I’ll give a little whistle. Maria is going to tell Daddy that Tony hit her and lead him outside the back door to show him where Tony is. And as soon as he gets outside past the bushes, we are on him! This alien may be big and strong, but let’s see him get away from a big 10-year-old, a big 8-year-old and a 7-year-old!

The Alien May Be On to Us Though.

Daddy has been acting strangely lately. He looks out the windows a lot. Sometimes he’ll even stop what we’re doing and shush us to be quiet so that he can listen to something outside. Mommy does this too. I think they do this to throw us off track, because all of a sudden, after looking for a few seconds, he’ll laugh and tell us he thought he heard “aliens” outside.

I can’t take all the credit for this game. My big brother, Carl, who’s a senior at Princeton University, made it up. He got us going before he left for college and told me the best way to beat the “Alien.” Surprise him. Daddy’s bigger and stronger, but that won’t work against the three of us if he’s under the blanket.

Okay, Daddy, let’s see how many aliens you see tomorrow from under a blanket!

What time is it? What’s going on downstairs? Sounds like a lot of people!

Tony and I are racing downstairs, and I win. When we get there, it looks like there’s an army surrounding Mommy and Daddy. Mommy is crying, and they’re putting handcuffs on Daddy. What is going on here? Three soldiers are holding Daddy, even though he can’t do anything in handcuffs. Maria is crying and holding on to Mommy around the legs, and Mommy can’t move.

I look at Tony, and he looks at me, and in one Spiderman move, we’re over the railing and all over the biggest soldier holding Daddy.

Mommy starts to scream, which sets Maria screaming. I think we’re winning because we manage to pull him away from Daddy, but the other two grab us from behind and pull us off him. Now Daddy’s yelling. I can’t tell if he’s still yelling at the soldiers or us, but it seems like he’s crying, too.

When the soldiers put us down, Mommy grabs us and drags Maria over too. When everything gets quiet, the soldiers walk Daddy out the door. He’s crying, I think, and Mommy’s watching him go and squeezing the air out of us.

The Man of the House Now

That’s me until Carl gets home. I don’t know what I’m supposed to do, or when Daddy will be back, but I’m gonna do my best. I spoke to Carl on the phone, and he’s leaving school in New Jersey and will be here tomorrow. Mommy told him how we attacked the soldier, and Carl said he was proud of us.

It turns out that they weren’t soldiers, but their helmets and guns sure made ‘em look like soldiers. Carl said they were from something called ICE. Sure looked like soldiers to me.

We can’t go outside because there are people all over in front of the house carrying signs, and cameras, and microphones trying to get in. There are also police keeping them back in the street. One sign says, “Spics Go Home!” I don’t know what a Spic is, but I’m sure they don’t live here.

I don’t feel much like I’m ten going on 20 today ’cause I don’t get it. What happened? Maybe Carl can explain it better when he gets here tomorrow ’cause when Mommy isn’t on the phone, she’s crying. And, she’s crying on the phone, too. Maria won’t let go of Tony, and Tony just kind of stares at me with big, sad eyes. At one point, he asks me if Daddy will be back in time to play “Alien Monster” tomorrow.